I have lots of mixed feelings about Lana del Rey but I picked this song because it’s morbid and strange, which goes well with the current exhibition; and be cause I actually enjoy it.

This acoustic cover by Ane Brun and Linnea Olsson is so simple and straightforward I like it almost more than the original by Beyoncé. I thought it was worth sharing.

This track appears on Bond’s latest album, Play, from 2011. In 2001, the band released Viva, a song inspired by the Winter theme of Vivadi’s Four Seasons. Then in 2008, they were commissioned by Peugeot to do more arrangements based on the Four Seasons for a car ad, which eventually led to the band releasing their new album.  Winter, as you may have guessed, share some characteristics with Viva as they are both based on the same classical piece. I have been listening to Bond for a long time because we used to always use our songs for our gymnastics routines and I think that they are a great crossover between classical and pop music. To me, this band is the proof that accessible art is not always tacky or low quality.

And when it’s time to pray

We’ll be dressed up all in gray

With metal in our lungs

And silver on our tongues 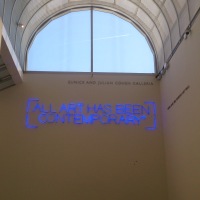